Perspectives on the Impact of Covid-19 on Real Estate Investments

With little warning, COVID-19 has quickly impacted the lives of most people on the planet and led to growing uncertainty that has greatly impacted the f[...]

We sat down recently with Paul Getty, founder and CEO of First Guardian Group to hear his thoughts on California’s new Tenant Protection Act of 2019, known as California AB 1482, and how he believes the legislation will impact rental property owners, developers and tenants. Paul is a long-time veteran in real estate investing and has closely followed rent control legislation. This series of posts highlights his perspective on the topic.

Q. Paul, you have been a prominent voice in helping California investment property owners and landlords understand the requirements of the Tenant Protection Act of 2019, or California AB 1482. Can you provide a brief overview of what this legislation is and how it came about?

A. At a high level, we’ve seen a growing trend in California largely brought on by a belief among many people that we have a housing crisis in the state due to rising home values and rents, and that this has led to a situation where fewer and fewer people can afford to own or rent property.

I don’t believe anybody necessarily disagrees that we have affordability problems in California, but what the legislature has done by enacting AB 1482 is to start to focus on folks that own rental properties in the state and their belief is that by restricting the ability of these owners to raise rents on property they own, they can alleviate this housing crisis.

We work with a lot of landlords every day here at First Guardian Group and the concern that a lot of them have is that when people look at the history of rent control, not only in the United States, but around the world, rent control in the short term does appear to help people get into properties they otherwise wouldn’t be able to afford. But, in the long term, the developers who are building these rental properties begin to get disincentivized, which over time can reduce supply and exacerbate the housing problem.

Rent control can lead to housing shortages and that is one of the big concerns we have. Having said that, though, the politicians have been under so much pressure in the state of California, they have now enacted, for the first time, a state-wide rent control legislation with AB 1482. Until now, rent controls in California have been localized in a dozen or so communities and AB 1482 is the first step taken to apply rent control across the entire state.

Q. Have any other states adopted similar legislation and if so, what has been the impact?

An often cited consequence of rent control in New York City is that there are rent controls dating back to the 1940s and areas where rents have been frozen for years with very little opportunity for increases, people have been living in these properties for as little as $1000/month, when market conditions could warrant rental rates of $4000-$6000/month. This creates an environment where there are very few incentives for new development. This also creates a real challenge for owners of these properties because they’re unable to get the full value of their buildings when they sell them because rents are going to be artificially kept low. So, the concerns in California really mirror what history has shown to be true in New York.

In our next post, we’ll take a closer look at the key provision of AB 1482.

If you have any questions, please feel free to reach out to Paul directly at 866-398-1031 or schedule some time on Paul’s calendar here.

Download and read our latest ebook "Tax Deferral Strategies " below! 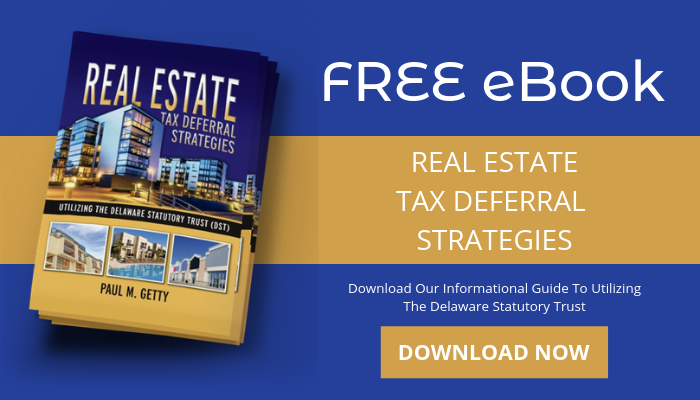 Paul Getty is a licensed real estate broker in the state of California and Texas and has been directly involved in commercial transactions totaling over $2 billion on assets throughout the United States. His experience spans all major asset classes including retail, office, multifamily, and student and senior housing. Paul Getty’s transaction experience includes buy and sell side representation, sourcing, and structuring of debt and equity, work-outs, and asset and property management. He has worked closely with nationally prominent real estate brokerage and investment organizations including Marcus Millichap, CB Richard Ellis, JP Morgan, and Morgan Stanley among others on the firm’s numerous transactions. Paul Getty also maintains a broad network of active buyers and sellers of commercial real estate including lenders, institutions, family office managers, and high net worth individuals.

Prior to founding First Guardian Group/FGG1031, Paul Getty was a founder and CEO of Venture Navigation, a boutique investment banking firm specializing in structuring equity investments made by institutions and high net worth individuals. He possesses over 25 years of comprehensive worldwide business management experience in environments ranging from early phase start-ups to multi-billion-dollar corporations. His track record includes participation in IPOs and successful M&A activity that has resulted in investor returns of over $700M.

Paul Getty holds an MBA in Finance from the University of Michigan, graduating with honors, and a Bachelor’s Degree in Chemistry from Wayne State University. He is a member of the Institute of Real Estate Management (IREM), a Certified Property Manager Candidate (CPM), and a member of the US Green Building Council. Paul Getty holds Series 22, 62, and 63 securities licenses and is a registered representative with LightPath Capital Inc, member FINRA /SIPC.

Paul Getty is a noted speaker, author, and actively lectures on investments and sales and management related topics. He is the author of The 12 Magic Slides, Regulation A+: How the JOBS Act Creates Opportunities for Entrepreneurs and Investors, and Tax Deferral Strategies Utilizing the Delaware Statutory Trust (DST), available on Amazon and other retail outlets. 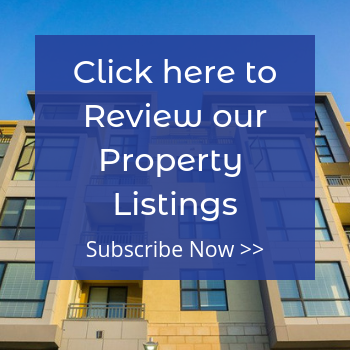